A senior partner at a leading SA law firm has scored a victory for Nivea in its battle with actress Connie Ferguson’s beauty products company.

But now Gérard du Plessis faces a fight of his own after the Supreme Court of Appeal reported him to the Legal Practice Council for allegedly attempting to mislead five judges. 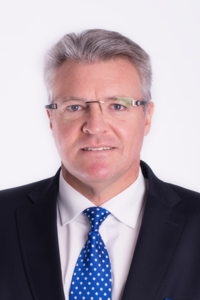 Du Plessis, who was chair of Adams & Adams for eight years before being replaced on March 8, submitted an affidavit in support of Nivea’s case which purported to be from a member of the public, Elizabeth Serrurier.

She said she bought Connie Bodycare Men Shower Gel after being confused by its close similarities to the Nivea product she intended to buy.

“After taking instructions, counsel confirmed that at the relevant time, Ms Serrurier had been employed by [Nivea’s] attorneys. He then rightly requested that her evidence be ignored,” said Friday’s appeal judgment penned by Judge Ashton Schippers.

Ferguson’s lawyers argued this was a “serious and material non-disclosure” on the part of Adams & Adams, said Schippers, who pointed out that Serrurier’s status as an employee of the law firm was also not disclosed when Nivea won its case against the actress’s company‚ Koni International Brands, in the Johannesburg high court in 2019.

“It took into account her affidavit and referred to her as ‘a consumer’ in arriving at the conclusion that [Koni’s] get-up exhibited signs of straining every nerve to evoke [Nivea’s] product in the minds of consumers,” said Schippers.

“Attorneys are required to discharge their professional duties with integrity, probity and complete trustworthiness. The failure by Mr Du Plessis to disclose to the high court and this court the fact that Ms Serrurier was employed by [Nivea’s] attorneys, prima facie, falls below these standards.

“So too, the non-disclosure by Ms Serrurier, even though she was not acting in a professional capacity when she purchased the Connie Men shower gel.”

n his dissenting judgment, Judge Tati Makgoka said Nivea’s manufacturer, the German multinational Beiersdorf, “knew very well that had it disclosed Ms Serrurier’s true identity, her evidence would have carried little, if any weight at all”.

Makgoka added: “In the absence of any explanation, an irresistible inference must be that this was a conscious effort to mislead the court.

“By reason of her association with Beiersdorf’s attorneys, Ms Serrurier was not truly within the class of ordinary consumers. It follows that her evidence must be discarded.”

The judgments are being sent to the Legal Practice Council so it can “investigate the circumstances in which [Nivea’s] attorneys, Mr Gérard du Plessis and Ms Elizabeth Serrurier, failed to disclose Ms Serrurier’s association with [Nivea’s] attorneys to the [Johannesburg high court] and this court, when filing an affidavit by her as a member of the public, and to take whatever steps it deems appropriate”.

“He is responsible for the trade mark portfolios of many multinationals and SA companies in Africa and throughout the world. Some of his key clients include Comair Limited, Sasol Limited, Yum! Brands, Sars and Beiersdorf,” it says.

“He is regularly quoted in local publications and interviewed on radio regarding intellectual property (IP) developments, both in SA and throughout Africa.

“He is a co-author of the Lexis Nexis publication Practitioner’s Guide to Intellectual Property Law. He lectures on IP to LLM students at the Adams & Adams IP Centre at the University of Pretoria. He has been practising in the field of intellectual property law since 1995.”

Black Zine - January 3, 2021
0
NASA  recently announced the astronauts who will be taking part in the Artemis missions, and among them is Anne McClain, who has spent 203 days in...

Black Zine - December 23, 2020
0
Organisers of the Tokyo Olympics will spend $900m on measures to stop the spread of the coronavirus at next year's Games, they said on...