Economist Professor Jannie Rossouw estimated that South Africa’s economy could have been 25% larger if it was not for load-shedding.

Load-shedding had a severe impact on the South African economy as it hampers growth and stops businesses from investing in the country.

It is challenging to accurately say how much rolling blackouts are costing the economy, but Rossouw said rough estimates are possible.

“My sense is that load-shedding has cut off 1% per year over the last decade. Without load-shedding, the economy would have grown at 1% faster each year,” he said.

This means the South African economy would have been around 13% larger if the cumulative loss in economic growth because of load-shedding is considered.

This is, however, only part of the impact of load-shedding on the economy.

Rossouw said the loss in investment, although difficult to calculate, most likely equates to another 1% loss in economic growth per year.

The South African economy could therefore have been 25% bigger than what it is now if it was not for load-shedding.

Statistics South Africa estimated the country’s nominal GDP at R5.1 trillion for 2019. According to Rossouw’s calculations, the country lost R1.275 trillion because of load-shedding.

Why you should stay away from free VPNs 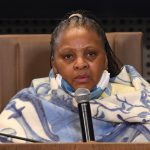 Black Zine - February 3, 2021
0
The DA is demanding that the Military Command Council (MCC) and minister of defence and military veterans Nosiviwe Mapisa-Nqakula appear before parliament to account...

Black Zine - December 23, 2020
1
Santa Claus gave his sleigh and reindeer a break on Wednesday and rode elephants in Thailand during a special Christmas visit aimed at raising...

Black Zine - February 27, 2021
0
One of Jeffrey Epstein’s former underage “sex slaves” was allowed to visit him around 90 times while he was in a Florida jail for...