Zhou Guanyu played with toy cars as a little boy and dreamed of being China’s first Formula One driver. Now 21, he is within touching distance of making that a reality.

The Shanghai native, who tested for Renault last year, is widely touted as destined to make the move onto the Formula One grid, which would have far-reaching implications for the sport in China.

“When I was four or five I was already really into toy cars, I was always getting cars for birthday presents,” Zhou, who uses the English name “Joe” and currently races in F2, told AFP.

“Then one day I just went to indoor karting when I was seven-and-a-half years old and that was the first time actually me driving a proper go-kart.

“The first time I tried it, I absolutely loved it.”

Zhou speaks good English with a hint of a Yorkshire accent, having moved to the northern English city of Sheffield in 2012 where his karting team was based.

“I didn’t speak great English at that time because the English lessons you study in school (in China) are completely different to actually speaking to a real person or real life,” he said.

“So everything for me was blank, I had no idea and lessons for me were really difficult to understand.”

Zhou, who is temporarily back in Shanghai from Britain, caught Ferrari’s attention and was with their famed driving academy from 2014 to 2018.

He joined the Renault Sport Academy in 2019 and was named a development driver for their F1 team.

Last year he was promoted to drive in the post-season young drivers’ test in Abu Dhabi, where he shared the garage with one of his idols, two-time world champion Fernando Alonso.

In his debut F2 season in 2019 he was the best-placed rookie after finishing seventh in the championship with the British team UNI-Virtuosi Racing.

Last season, which was disrupted by the coronavirus pandemic, Zhou claimed his first F2 victory when he triumphed in the sprint race at Sochi in Russia.

Many experts say it is only a matter of time until Zhou steps up to Formula One. But first he needs more F2 success to accrue enough points for his Super Licence, a requirement to drive at the highest level.

“The main target for this year is to get my Super Licence, get me ready for when there’s a seat available in F1 so I can take that chance,” said Zhou, who turns 22 in May.

“That’s my dream so I wouldn’t say exactly the time when it will happen.

“But I would say definitely I’m the closest ever to get into Formula One as a Chinese driver.

“But the last step is the hardest because as well as the Super Licence you need to have the opportunities or seat available to jump in.”

A seat did come up for the 2021 season at Renault, now rebranded Alpine F1 Team, but that was filled by Alonso.

Zhou said his experience of testing alongside the 39-year-old Spaniard in December in Abu Dhabi had been invaluable on the road to securing a Formula One seat.

“He gave me a lot of tips and also gave the team a lot of advice,” said Zhou.

“Not just in driving, it’s more — how you set up the car, how you manage your battery development during the long race, how you have a car better perform in qualifying.”

Zhou did not speak to Alonso about coping with the pressure in trying to become a trailblazer for China, but the expectation is there, especially when he is at his home track in Shanghai.

“I remember in 2019 when I went to the Chinese GP, everybody was saying, ‘Hopefully see you in F1 in two years’.

“It gave me a boost. The country is supporting me to achieve my dream and the Chinese motorsport fans’ dream as well.”

Zhou, who as a little boy attended the first Chinese Grand Prix in 2004, knows it is about much more than just him.

China is a major growth market for F1 but any sport trying to crack the world’s second-biggest economy needs a home star.

If Zhou could break into Formula One “it would get a lot of people knowing about it, not just the people who follow sports, but people everywhere,” he said.

“It has happened before in China — when someone first achieves something good, people start following that sport a lot more.

“Hopefully I can also be that person.”

Black Zine - January 22, 2021
0
Dave Chappelle tested positive for COVID-19 and has cancelled a string of shows in Austin, TX ... TMZ has learned. A rep for the comedian tells...

Black Zine - February 3, 2021
0
US pharmaceutical giant Pfizer expects the coronavirus vaccine it developed with BioNTech, the first to be authorized for emergency use in the West, to make... 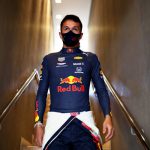 Black Zine - February 26, 2021
0
British-born Thai racer Alexander Albon said on Monday Formula One remained his priority and he was determined to bounce back after being dropped to...